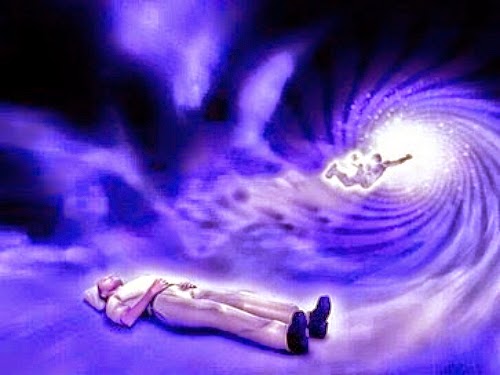 For a long time I have had a strong interest in out of body experiences. I used to be a frequent user of ketamine and I’ve had many O.B.E’s before but obviously as result of the ketamine. I had never experienced anything like this naturally before so when I heard about astral projection I was very much intrigued. It was about seven or eight months ago when I first learned of the concept I came across a video about it on youtube. Basically the idea is that you lie down and put yourself into a meditative state relax yourself totally and eventually you reach what is often referred to as the vibrational state, then perform one of several imaginative processes like climbing up a rope for example and then float off and have an out of body experience. That’s very much a skimmed over description but that is the jist.

Well I decided I’m going to give it a go, I will mention first that one absolute requirement to be able to achieve this is belief if you don’t 100% believe you can do this you wont pull it off. Now I had no problem believing because I know you can have an O.B.E using drugs, so why not with meditation? Another thing is its very much a process you wont achieve it over night it may take months.

So one night I had my first attempt and I didn’t have any joy the main problem I have is relaxing my mind, my mind is like Usain Bolt on speed it never stops. well i lay for about half an hour got fed up and gave up, no joy. Not wanting to accept defeat I went back to youtube for more help and I came across binaural beats. Right, time to try again with the beats and bingo! I never achieved an O.B.E  but I did manage to quiet my mind. I would strongly recommend binaural beats to anyone with an over active mind they’re really good. Anyway now that I’d reached this point I decided to stick it out and I tried every night for a few months. Although I still hadn’t achieved my goal of an O.B.E I was reaching some pretty nice meditative states bordering on psychedelic to be honest. But I was getting restless you see when I want something I’m really not very patient, so I decided to research some more. I found that the vibrational state that you need to reach as a platform to achieve an O.B.E is actually sleep paralysis. Well I get sleep paralysis fairly frequently when I wake in the night then try to get back to sleep.

The idea is once your in sleep paralysis you embrace the feeling and don’t fight it and then you can leave your body. I kept on with my nightly meditation with the binaural beats regardless but about two weeks later I woke up in the night, had a drink and lay back down to try and sleep but I always struggle to get back of. To my joy though I went into sleep paralysis, now anyone who has ever had this will tell you its a bit scary and you immediately want to fight it. But I never I stayed still and let the pressure build its like being crushed you think you cant breath and your going to die. Then all of a sudden bang there was a huge pop in my head and the most intense pins and needles flooded my body for a few seconds then subsided. All of a sudden I just felt calm and new it was time to try and fly so I began to imagine myself rocking trying to sit up ( not physically bare in mind I wasn’t physically trying to move).

Then it happened my astral body as its called was sat up I was sat up out of my body. Really this is true! So I used the rope technique imagining climbing up on a rope and all of a sudden I was floating in my bed room looking down at my bed. “What the fuck” I’m thinking it really does work I done it. I look around my room and float towards the door but then I think to myself  I don’t need to use the door I can just go up. You need to know here that where you go isn’t like physical travel your intention is your transport, I cant explain in detail what that means because I don’t really understand I’m still learning about all this myself. so I decide to just go up, I float toward the ceiling and up through it and it goes black for less than a minute and then all of a sudden I’m outside high up in the clouds. By now I’m so excited its just insane I’m literally flying through the clouds it was incredible and I couldn’t contain my excitement this lasted for maybe a little over five minutes. Then in an instant I was back in my body in my bed it was over.

I haven’t achieved another O.B.E since but I still try religiously every night because it is truly one of the most liberating experiences a person can have, mind blowing is an understatement. For me it also raises philosophical questions about life, reality, consciousness and more I mean if we can exist outside our physical body then surely that raises a lot of possibilities. I know a lot of people may read this and think bullshit but if you believe and you should all I’ll say is look it up and get stuck in, but persevere it may take a while but once you get it its well worth the time and effort.